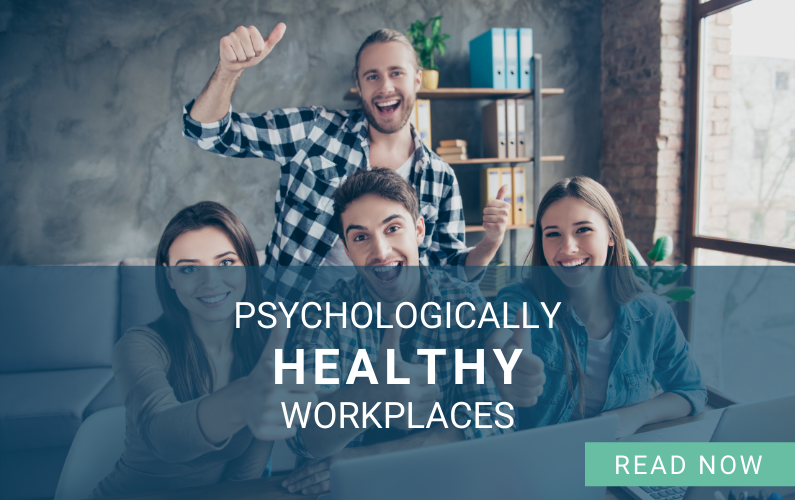 Here’s a sneak peek into my upcoming book: How To Hire the Best: The Entrepreneur’s Ultimate Guide to Attracting Top Performing Team Members (Releasing November 18, 2020)

Becoming an Employer of Choice also means creating a workplace designed to reduce stress and promote the potential of each individual.

According to a national public opinion poll conducted by the American Psychological Association (APA), two-thirds of both men and women say work has a significant impact on their stress level, and one in four has called in sick or taken a “mental health day” as a result of work stress.

Entrepreneurs might keep in mind that job stress is estimated to cost US industries $300 billion a year in absenteeism, diminished productivity, employee turnover and direct medical, legal, and insurance fees. In our experience, job stress costs a small business tens of thousands up to millions of dollars annually, depending on the revenue of the business. It’s just smart business to intentionally design a psychologically healthy workplace. The savings goes straight to your profit.

Benefits, the APA reports, include:
For Employees

Treat people with love and respect. Commit to a shared set of values.

This is the glue that will keep your A-Players loyal to your company. If you become an Employer of Choice, like Ronda’s company has become, you too can reap the benefits of low turnover and increased loyalty.

As I write in June 2020, the world we are waking in today is very different than what any of us expected, and looks to remain that way for a while. At Tap the Potential, our team embraces Lead with Love and Be a Gift—our Immutable Laws. We’ve turned them into a rally cry used at the end of our meetings: Lead with Love, Be a Gift, Shine Bright. When one of our team members was honored as a Dole Caregiver Fellow, we put her in our Team Member Spotlight (see below). Melissa is a shining example of our Immutable Laws, and we as a team are very proud of her. Melissa identifies love as her purpose. It shines through in every interaction she has with our clients and team.

Melissa Swire is an A-Player teammate at Tap the Potential, and her compassion for others recently earned her an honor as a Dole Caregiver Fellow from the Elizabeth Dole Foundation. She was one of 30 to join the 225 past and present Dole Caregiver Fellows who represent all 50 states, Puerto Rico, and the District of Columbia to bring attention to the tremendous challenges facing America’s 5.5 million hidden heroes—the spouses, parents, family members, and other loved ones who provide more than $14 billion in voluntary care for wounded, ill, and injured service members and veterans every year.

Stabilizing her husband Jeff’s health and moving to a new home away from friends and family brought a feeling to Melissa Swire all too common to many military caregivers—the isolation from no longer being connected to other military spouses.

Jeff suffered an injury during a mission that caused him to need surgery, which resulted in sepsis and irreversible damage to his neck and spine. Due to the initially invisible nature of his illness, Melissa had to advocate for surgeons to take Jeff’s symptoms seriously. Had it not been for that determination, he would not be here today. In addition to chronic pain, Jeff also battles with post-traumatic stress disorder (PTSD). At one point, Jeff became extremely depressed and was having suicidal thoughts. Melissa had to leave her career to care for Jeff full-time, and when they had to sell their home due to the financial impact, Melissa had to do some out-of-the-box thinking. She learned new skills and soon began creating unique homemade products to sell on Etsy. As Jeff’s caregiver, Melissa makes his meals, manages his medication, handles the finances, advocates at all his medical appointments, and supports him emotionally. Together, they cofounded Patriots Cove, a nonprofit organization in their community to provide an outdoor retreat for veterans and their caregivers. Melissa says that this saved Jeff’s life because it has given him a new mission and purpose, and she also sees it as her mission to help veterans and caregivers find healthy outlets. Melissa now serves as Patriot Cove’s director of programs and partnerships.

For tips on how to work through these problems and coach your team more effectively, please be sure to check out How To Hire the Best:The Entrepreneur’s Ultimate Guide to Attracting Top Performing Team Members, released November 18, 2020. 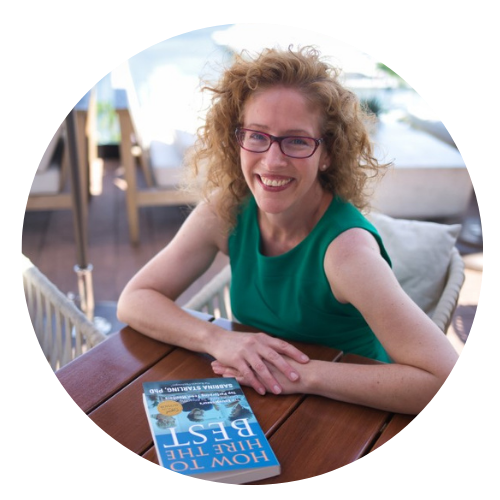